I worked in this project during 2 years in different periods, concentrating my efforts in the area around Parque Morelos, in Guadalajara where they planed to create a smart city named Ciudad Creativa Digital with the high risk to displace the entire population around the park and many technical and urban problems around.. The area needed urgently an upgrade because there was a high percentage of criminality during nights as well as a lot of houses falling a part or empty grounds because of a failed attempt in the past to create the Panamerican Games’athlets’house.

I supported by the neighbours on one side interviewing many people living and/or working there and painting inhabitants’ gazes on several walls of their neighbourhood. The goal was on one side to beautify the area, which suffered many tags attacks and on the other to send a strong message to the criminality that maked really dangerous to walk in Parque Morelos’ area during the night: WE ARE WATCHING YOU!! In fact big eyes are watching the streets a bit everywhere inside this neighbourhood. 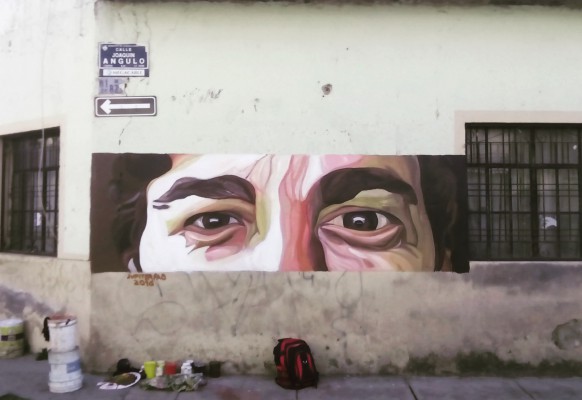 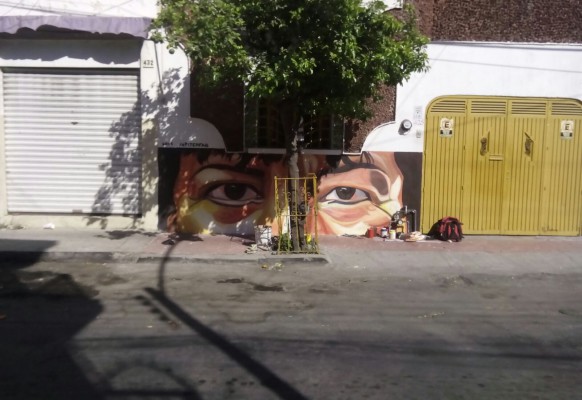 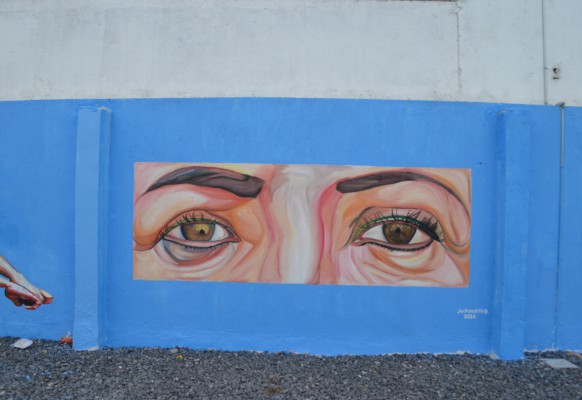 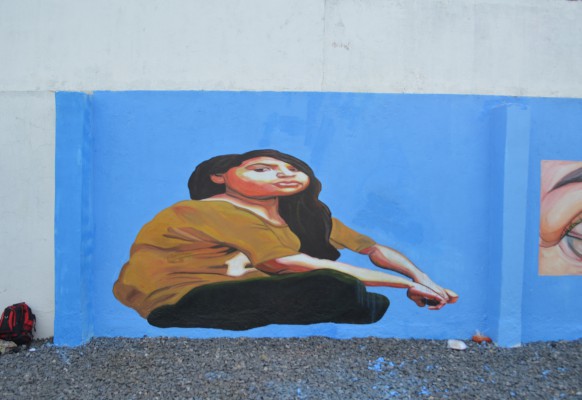 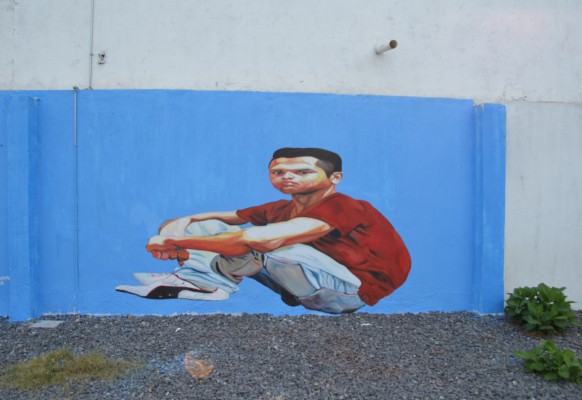 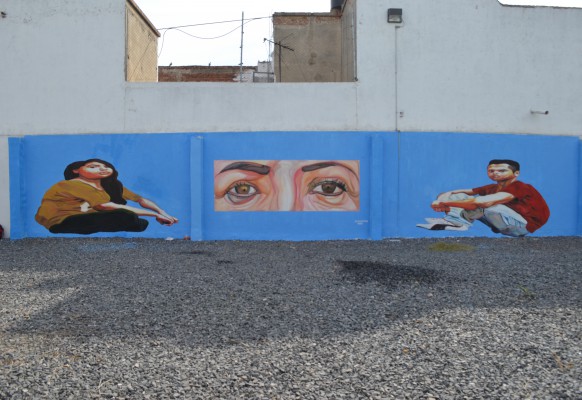 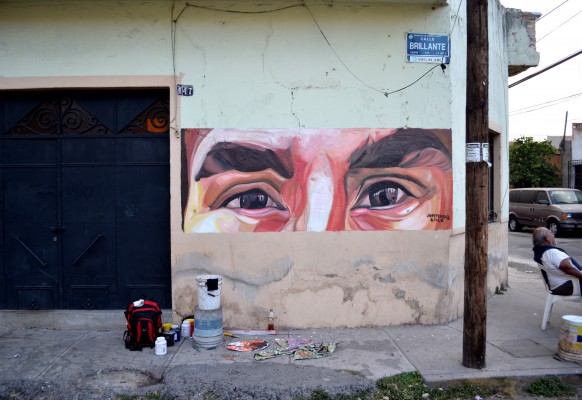 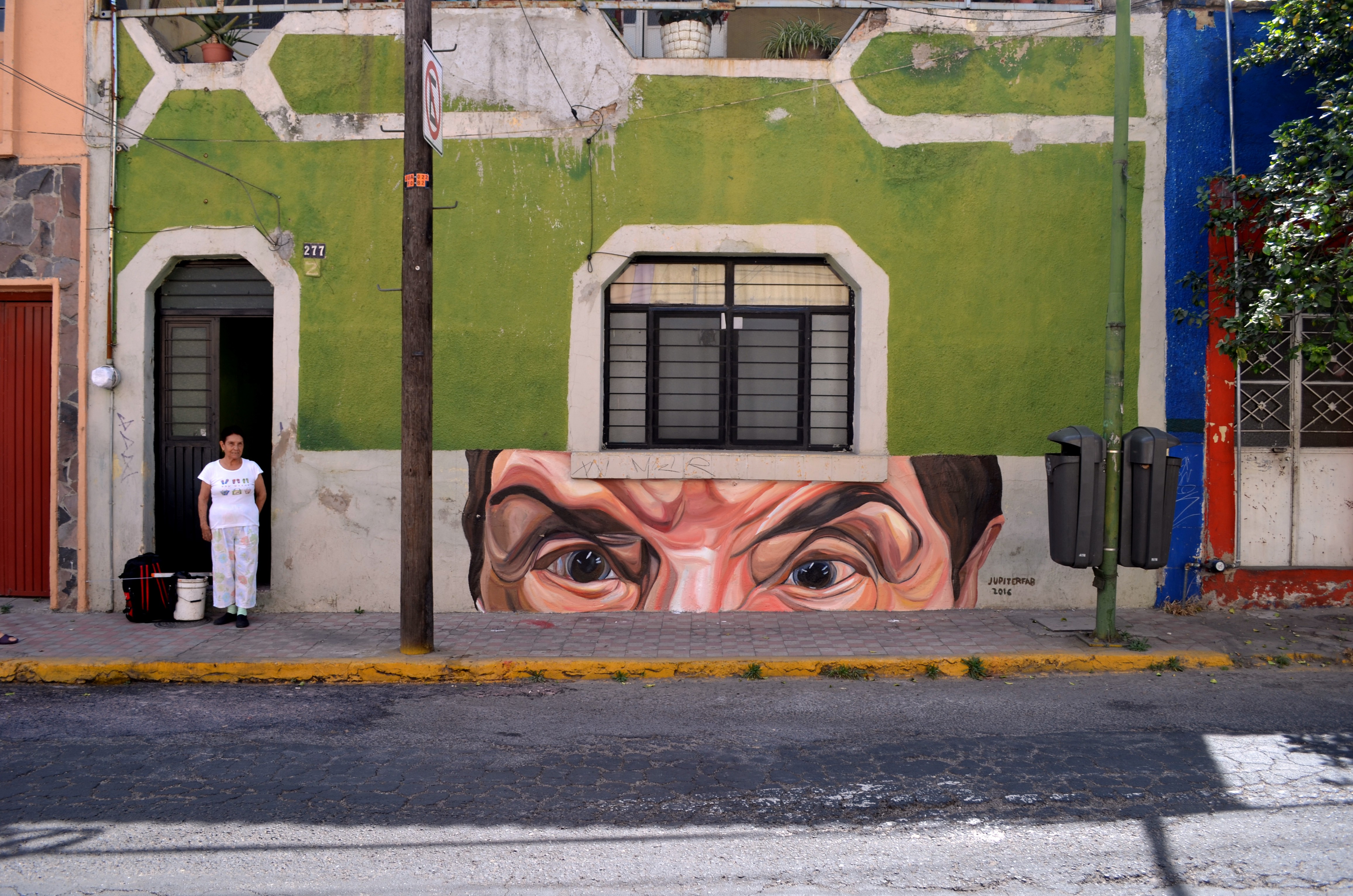 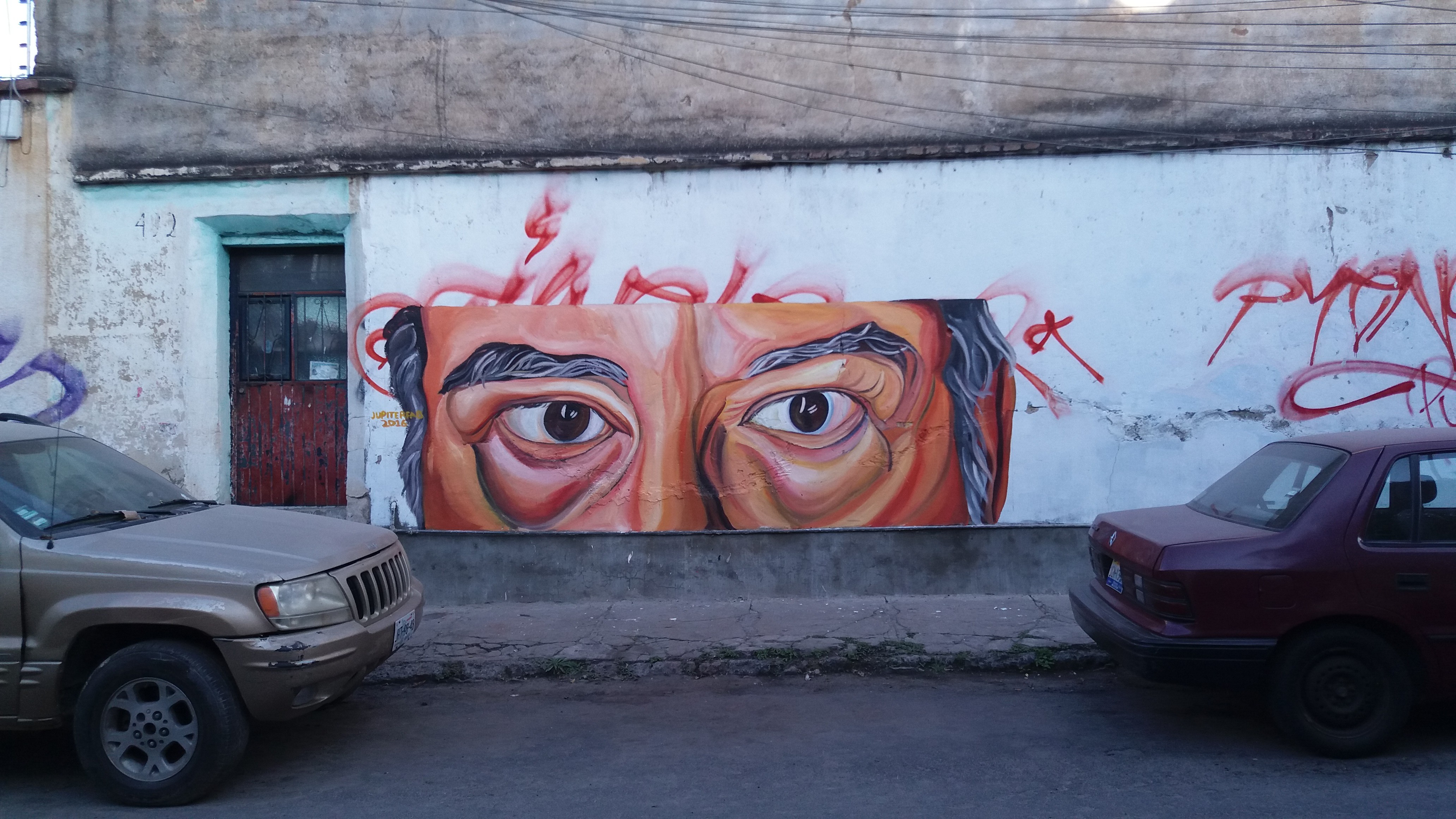 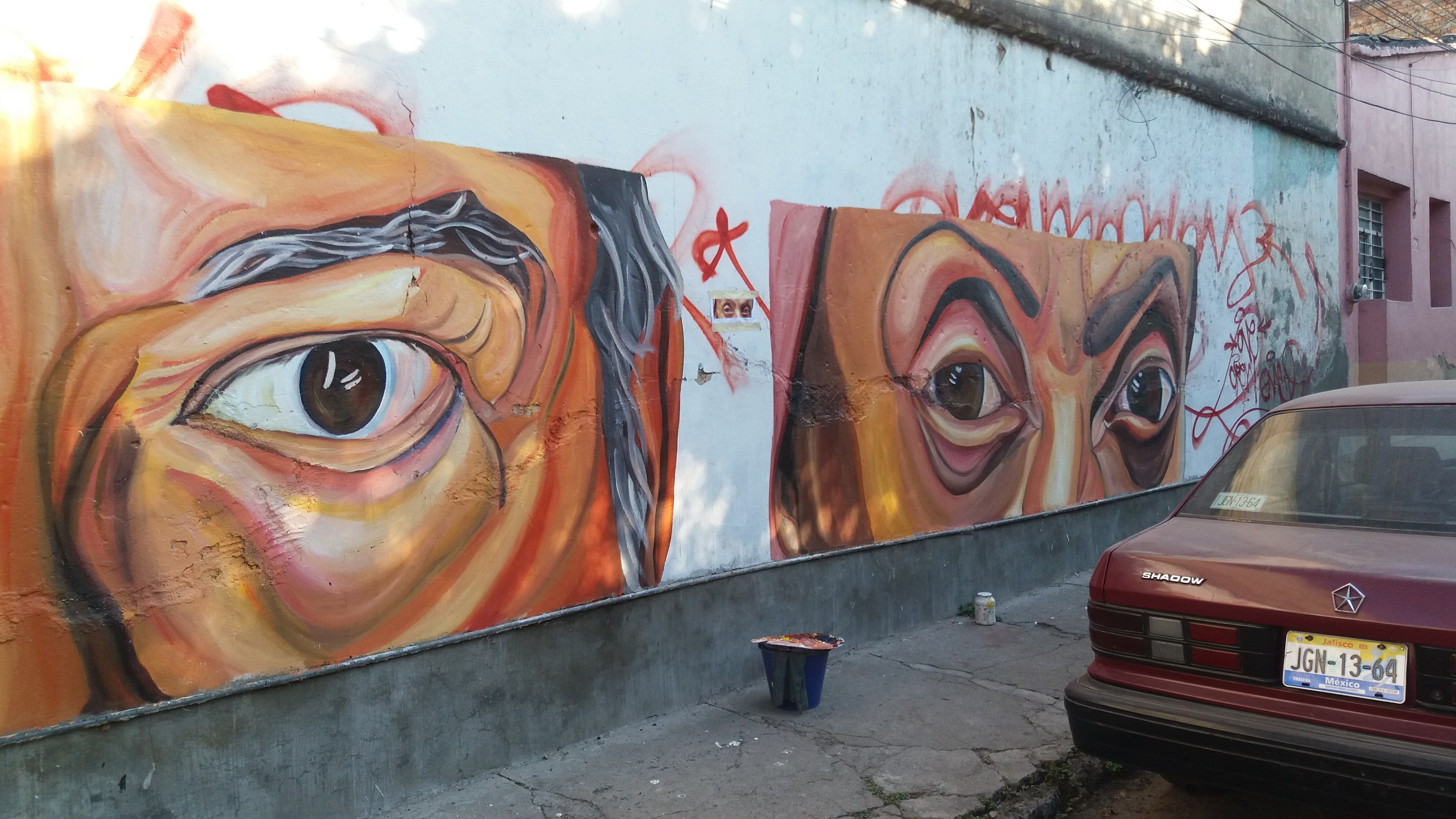 The project also wanted to give more visibility to Parque Morelos in order for private and public investments to improve the situation and people’s lives.

The project finished at the end of 2016 and I got the honor to collaborate and be supported by Cultura Guadalajara and Cabezas Cuadradas.