In 2016, I created an installation-mural about the Catalan independence, in Barcelona (Spain).

The piece depicts the former first minister of the Cataluña region, Artur Mas standing on a balcony, looking out a vast crowd of people in the street who are covered by a giant star emblazoned flag, the symbol of the independence movement. Hidden behind him lies a brimming number of bags of rubbish which is intended to represent the mismanagement of local politicians who try to justify their inefficiency with the following discourse: Madrid steals our money and for that reason, we must become independent. In this respect, the concept that the artist aims to put across in this piece is a criticism of Catalan politicians that have, in recent years, used the Spanish and Catalan recession (bearing in mind the consequent difficulties that many local families face on a daily basis) in order to strengthen the case for independence. What I was trying to tell us is that, in fact, behind the complaints from political leaders about Spain not giving this region the priority it deserves, also lies the inefficiency and corruption that they themselves are responsible for.

Knowing it was impossible to create such a detailed piece in the street and the local government would not have given permission, I made it on a large canvas and installed it during the night, with some friends’ help, using instant glue and staples.

We tried twice; the first time the glue did not work for the canvas weight. The second time everything worked perfectly. In a few minutes, we put the canvas on the wall, took a picture and left. Unfortunately, we did not take into consideration the glue needed 24 hours to work completely and someone the same night went there and took the piece off of the wall and made it disappear.

We never knew who did it; maybe it was the police, maybe some Catalan independence supporters, or maybe someone who stole the artwork and put it in their own house.

Independent project. The project was sponsored by Asociación Jupiterfab. 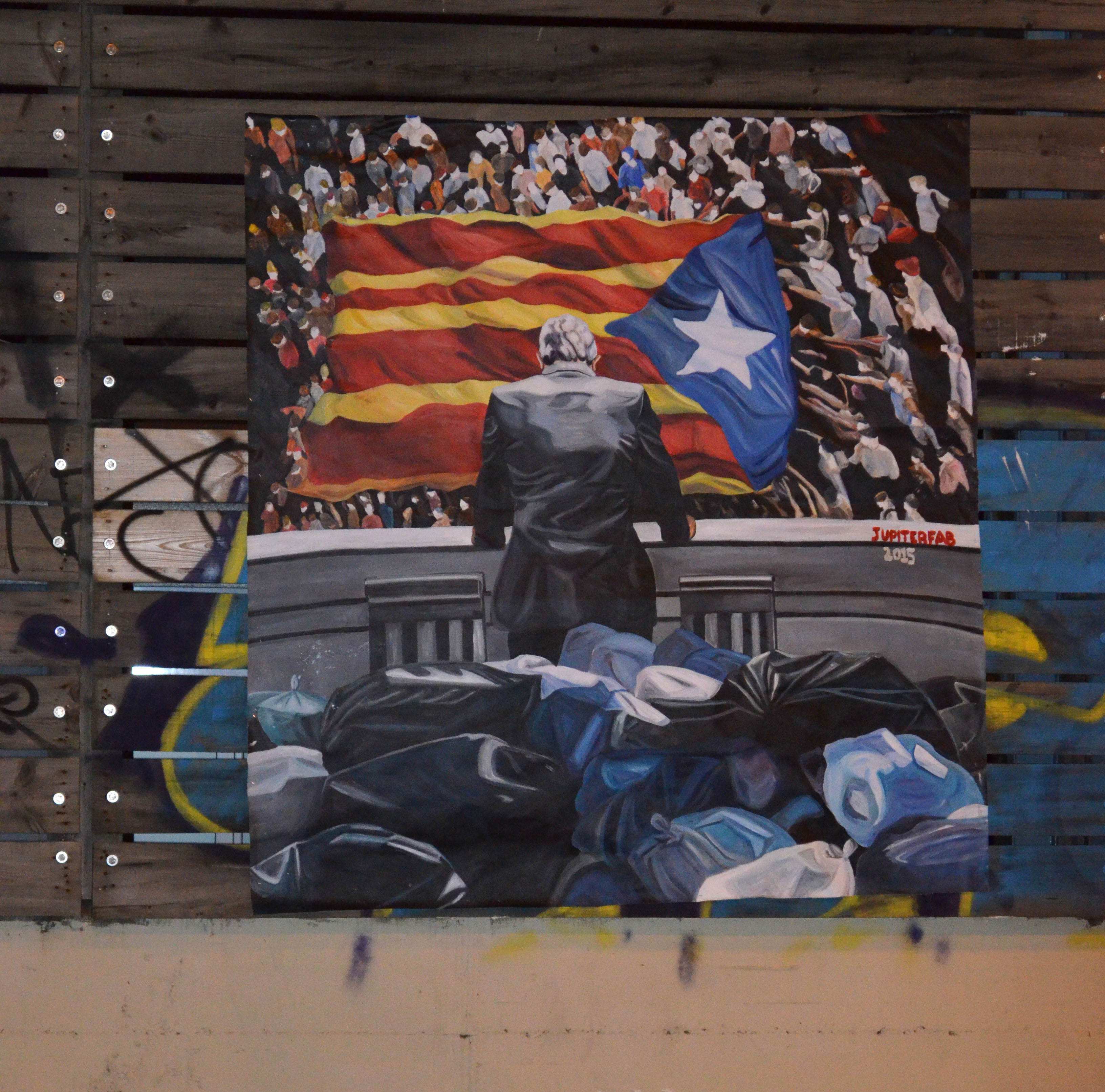